Climate change and its consequences and best practices

Climate change and its consequences and best practices

This international webinar will feature policymakers, politicians, and thought leaders who will recommend specific actions that need to be taken and discuss how public and private sector and civil society can prepare for the challenges the world will face regarding climate change. The aim is to gather several perspectives within five continents on the theme of climate change in order to give visibility the good practices around the world.

Registration for this event is not required, you can join via the session here.

These reflections are from the event host.

Summary of the event

The topic of my event was: Climate change and its consequences and best practices (If they are the best policies to mitigate climate change). It was an exchange climate policies webinar between five countries, United States, Brazil, Botswana, Portugal and Germany. This idea of exchange was one of my motivation to get involved with Government After Shock because I believe on the perspective of multilateral dialogue special when crisis like COVID-19 or even financial crisis which affect the global world.

What was the most powerful idea, insight or realisation that came out of the event?

Are there the best policies to tackle crisis? Or can we be involved on multilateral exchange information with aim to solve the problems that affect all humanity through the lens of equal partners? Those are some questions that were catalizator for an enthusiastic discussion.

Therefore following that questions, I could say that there were several power idea’s that comes out from the event. According to Brian Barnes (USA) perspectives climate change is more a science issue rather politic but after the time it is became a political dimension. However we could ask: How such statement could change the perspective the way sovereignty nation state tackle climate change issues? On Germany point of view the idea is “Too little and too late” define a paradoxal policies that more must be done by the government to mitigate climate change, even as the Brazilian government has Germany as a good example on that matter.

On this matter since United States Donald Trump reject the “Paris agreement” business groups set up formality strategics to mitigate climate change that on view Amanda Butman, head of sustainability, it goes beyond on dependency of federal programs. The campaign/alliance is named “We are still in”. Finally COVID-19 crisis has caused positive effects through lockdown policy, it caused reduction gas emission in Portugal, for example in March this year, 2020, in Portugal was less 10 % compared to last year at same time was 50%, by now up to 40 %.

I could say as the only African guest, Mrs Pato (Botzwana), is mentioned a provocative statement saying that those policies that are now in place are necessary, but should be better focus on what we already have and improve them instead focus on policies that doesn´t have impact on issues like climate change. Therefore Policies does not necessarily leads to action but also lack of policies does not necessarily lead to no action, the crisis is moving.

What do we collectively need to keep talking about?

Climate change crisis is a crisis that must been an everyday talk because of the risk of the impact on us and next generations. Therefore, it is a talk that must be transversal to gender, technology, immigration, among others. It must involve also educational system in order to develop a generation with appropriate behaviour on tackle and mitigate climate change.

Another topic is social justice and good governance and rule of law because climate change crisis affects all but more the developed countries which aggravate a massive immigration. How to tackle the increase of inequality between developed and developing countries? As an example, from “ProteGEEr” project by Germany government that are involving several municipalities, with huge potential to produce energy with municipal biogas must be reinforce even electrical cars must be explored but, however, without the developing countries raw exploration.

Reflecting back on the event, what key insights or conclusions can be shared about what should be “left behind” beyond the crisis? (ex. What has proven to no longer fit in the current context?)

Some points must be reflected on order to define what should be “left behind” beyond crisis, first a
reflection on policies that are retarding tackle climate change on CO2 gas emission. Governments are conscious about the right step to do but they don´t do it. Because, probably, such mentality is anchored on certain kind of political aim or government interest than solve the risks of climate change. We must ask: Why we are not using electrical cars? What other alternatives to set up a sustainable world more climate friendly? We need address also the transparency among governments on climate change that could trigger more trust between civil society and politicians.

Reflecting back on the event, what key insights or conclusions can be shared about what should be “kept” beyond the crisis? (ex. What has proven to be important, what were things introduced in crisis response that should be kept after?)

On the matter what must kept beyond the crisis my answer is still motivation on international or multilateral cooperation. I will use the noun “international affirmative action” where the exchange of ideas and technology should enhance the humanity connection in order to keep secure our planet from “forces for profit” that are looking to destroy it. We need to keep the dream of a save planet in order to create better planet our future generations.

Reflecting back on the event, what key insights or conclusions can be shared about what collectively we should “do differently” beyond the crisis?

Reinforcing multilateral dialogue between governments, policy makers, members states among others and cooperation and assuring also connections at local and global levels on the impact of climate change as well as implementing frameworks of intersectionality which will tackle immigration, health, low-income regions implications is, on my point of view, a robust conclusion of my event. 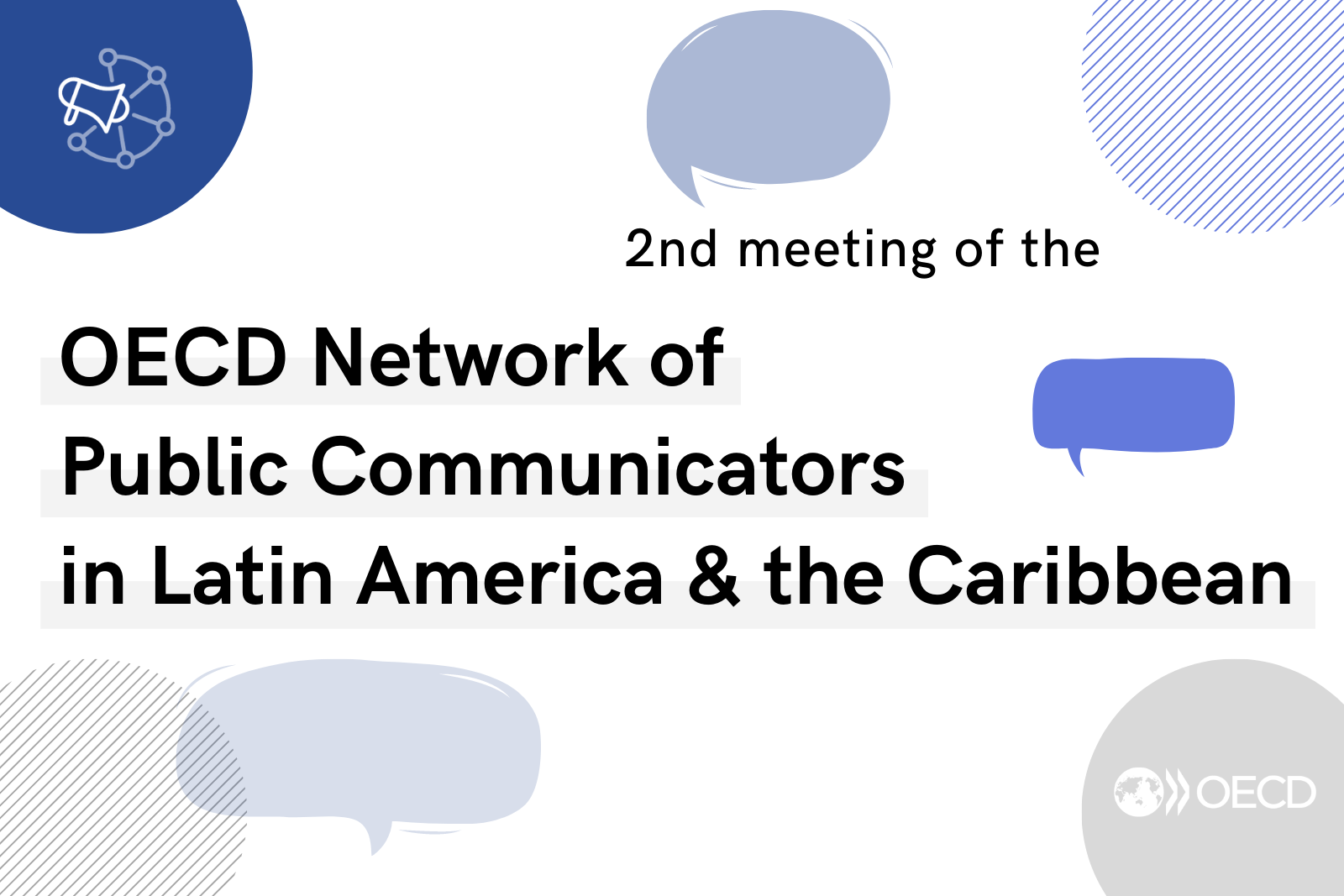 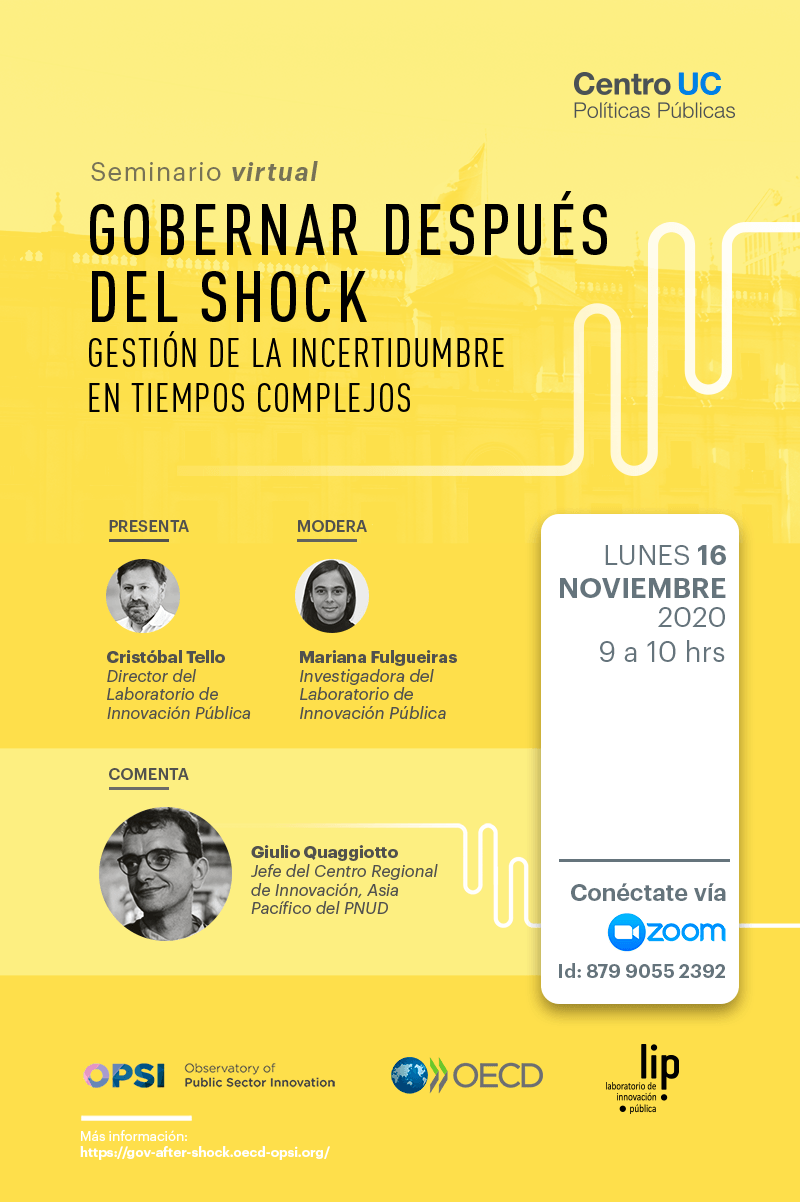